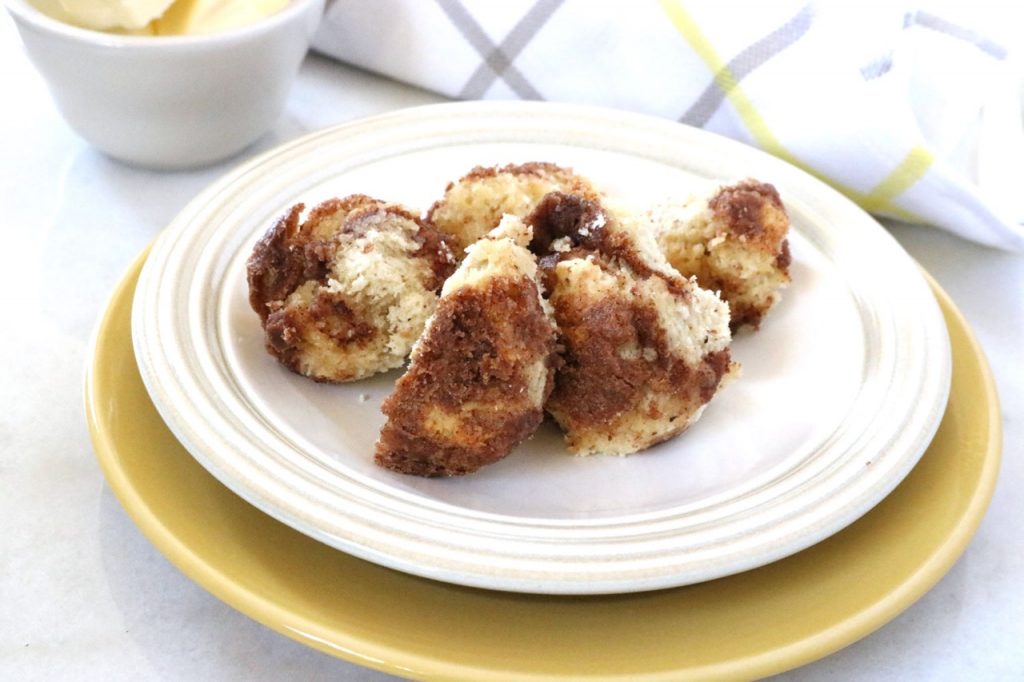 This post contains affiliate links. If you click through and make a purchase, the Friendship Bread Kitchen may earn a small commission at no additional cost to you.

This one’s for the kiddos, big and small!

Monkey bread is a wonderful sweet treat, not to mention easy to make. As long as you plan ahead, you’ll soon have your kitchen smelling of cinnamon and sugar.

You’ll want to prep your starter the night before, which will give it a chance to get active and bubbly. It’s going to be doing a lot of the hard work here in lieu of commercial yeast.

The next day, use a stand mixer or mix it up by hand. Baker’s choice. 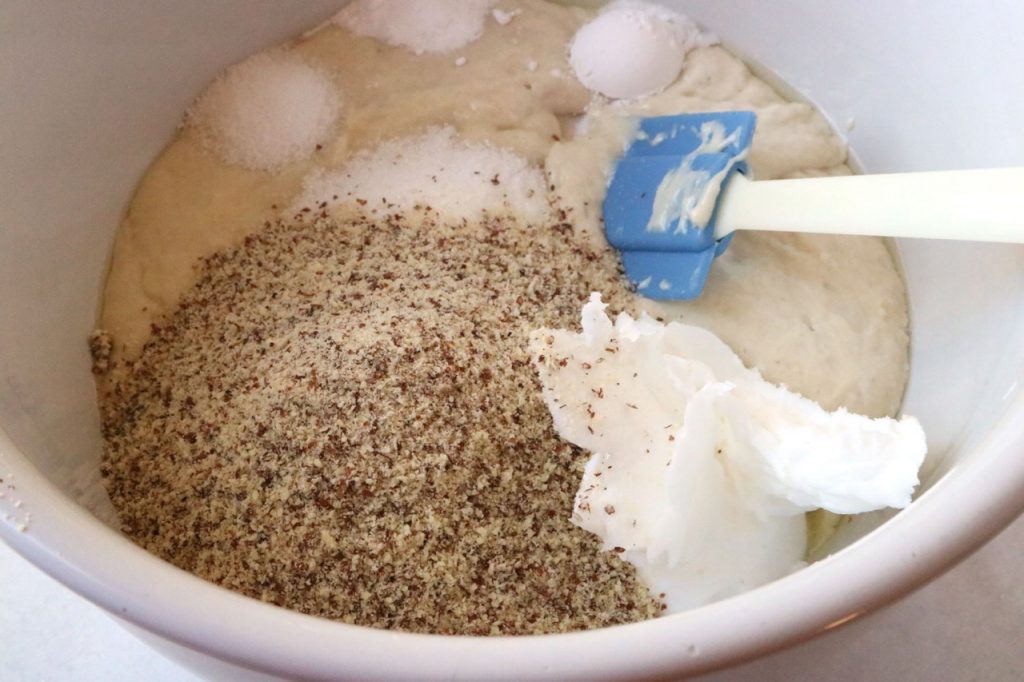 After you knead the dough to form a dough ball, let it rest while you make the gooey cinnamon mixture (yes, that’s the name. Tell the kids to make sure they get it right–goooooeeeeeyy). Pinch off some dough and roll it into a ball, about 1¼” in diameter. Make about 40 balls.

(If the dough is too sticky to handle, roll them in some cinnamon-sugar or flour. Even if they’re not too sticky, go ahead and do this!) 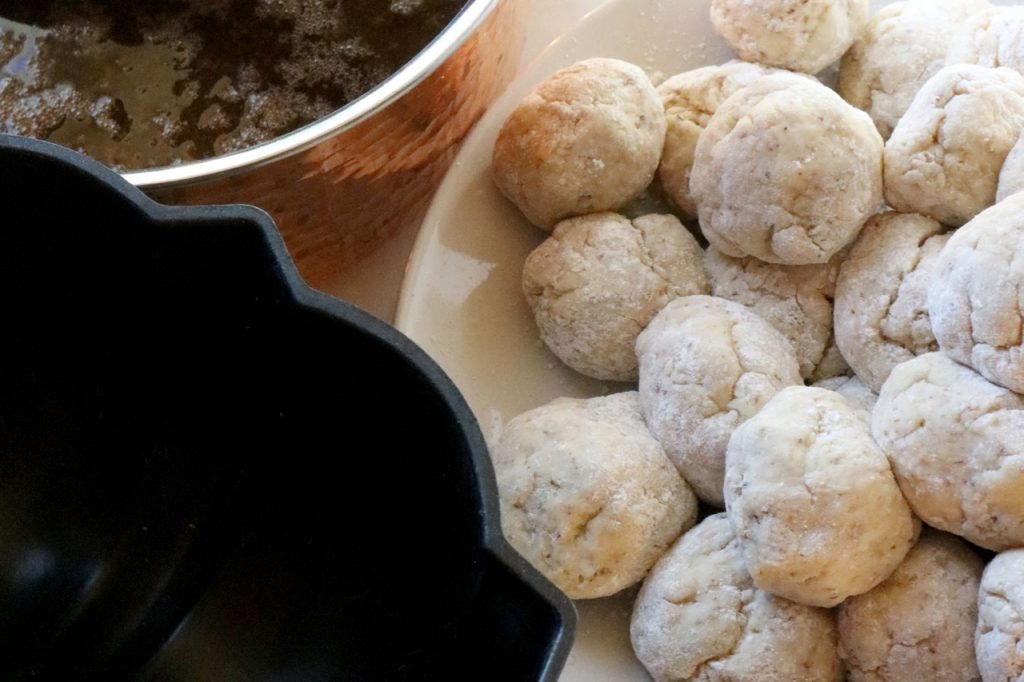 Layer the dough balls in the pan and pour the remaining gooey cinnamon mixture on top. 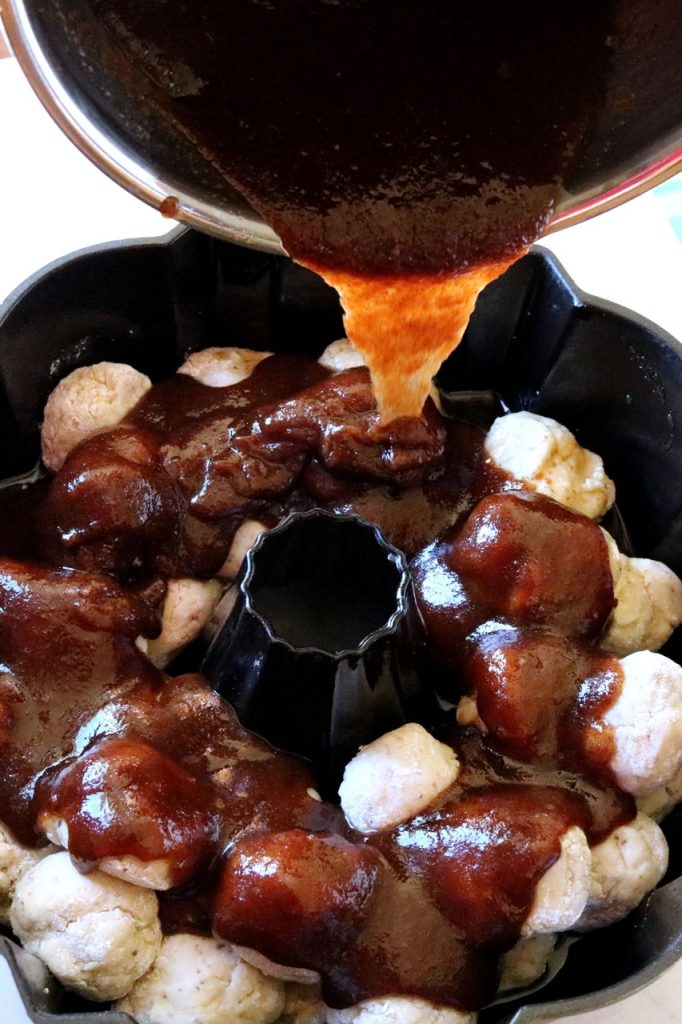 Slide it into a preheated oven for 30-35 minutes. When it’s golden brown and bubble, remove from oven and allow to cool. Flip over onto a plate. 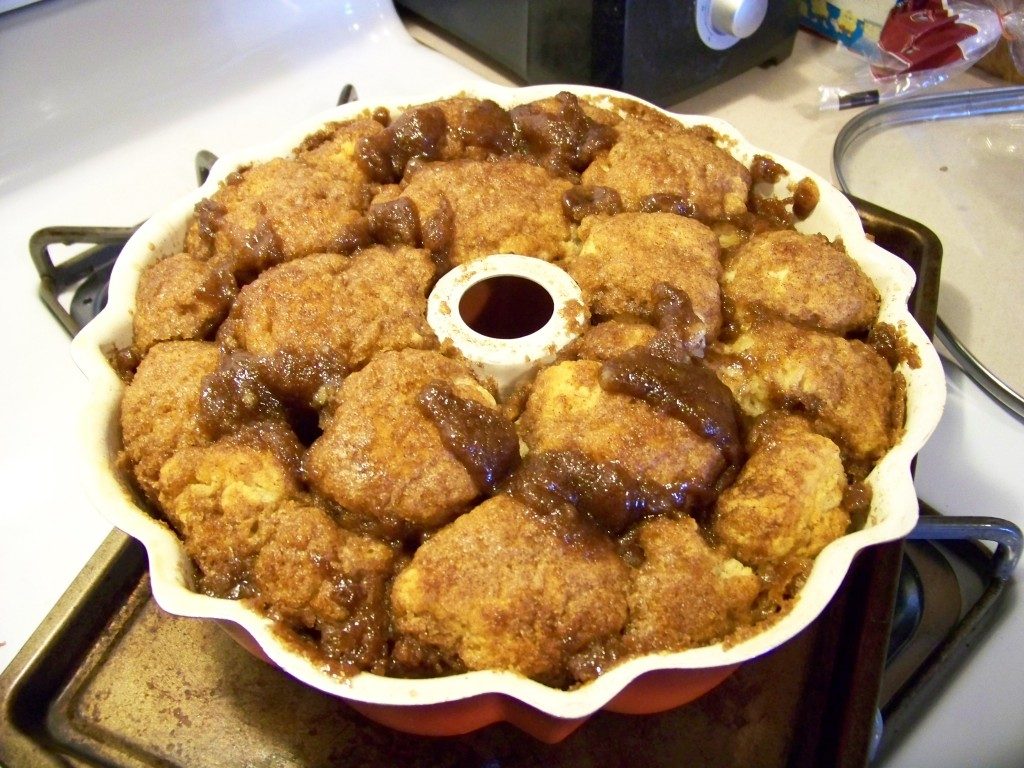 If desired, drizzle on our Vanilla Glaze before serving. Enjoy!

Kitchen Friend Laila Gower: “For another variation of this bread, use equal amounts of white flour and wheat flour. Instead of nuts, add raisins.” 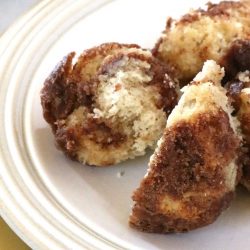