👋🏼 Hi! Ready to make some Amish Friendship Bread? Check out our Quick Start post!
This post may contain affiliate links. Please read my terms of use and disclosure policy.
1.9K shares
Jump to Recipe 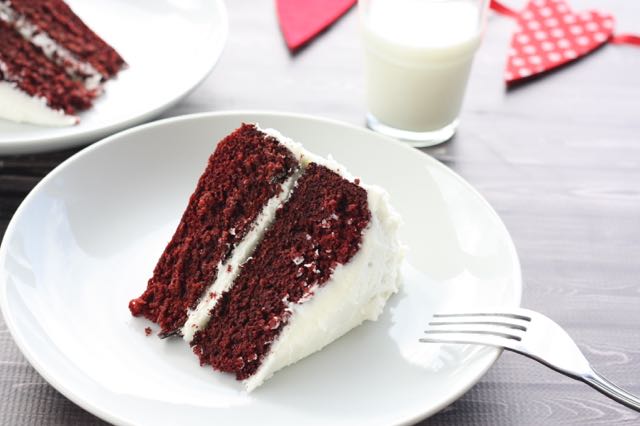 Growing up, I spent a few years of my childhood in the south–Texas to be exact. My palate is definitely influenced by that time in my life. I have a penchant for things that are fried and still have a craving for biscuits and gravy.

But the one thing I never seemed to get was red velvet cake. It just didn’t do anything for me, and I figured if I was going to have chocolate, I wanted it to look like chocolate. Plus we all remember the armadillo groom’s cake from Steel Magnolias. Yeah, that pretty much sealed the deal for me.

But with Valentine’s Day coming up, I wanted to add something new to the Recipe Box. I wanted chocolate. I wanted red. Which equals red velvet.

I always try to stick close to the original Amish Friendship Bread recipe, so I made one batch with a chocolate pudding mix in lieu of dutch-processed cocoa. This recipe (we’ll call it #2) was made into cupcakes. The cupcakes had a brighter red color and were delicious, especially when topped with our cream cheese frosting. Had I only made this recipe, I would have been really happy with how it turned out. 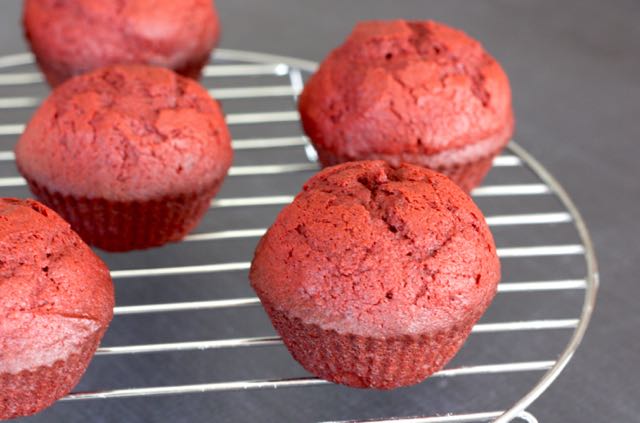 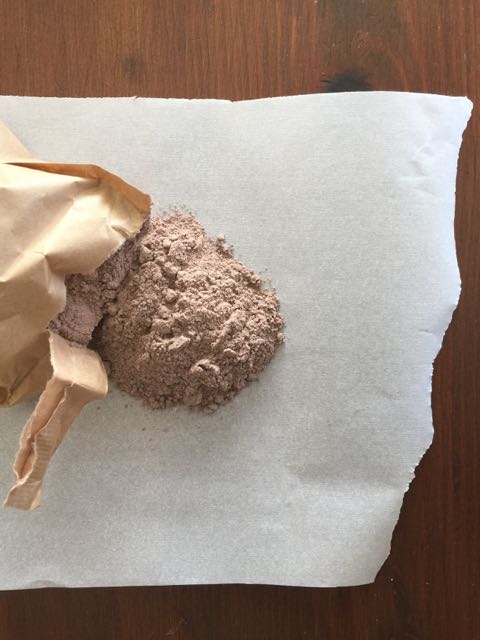 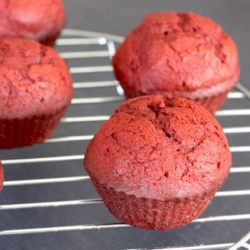 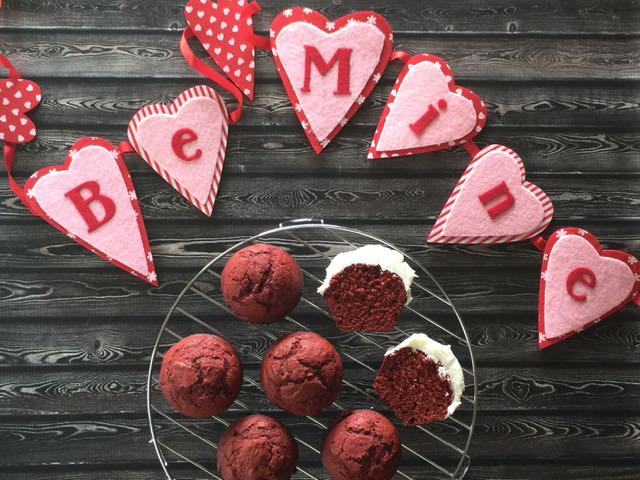 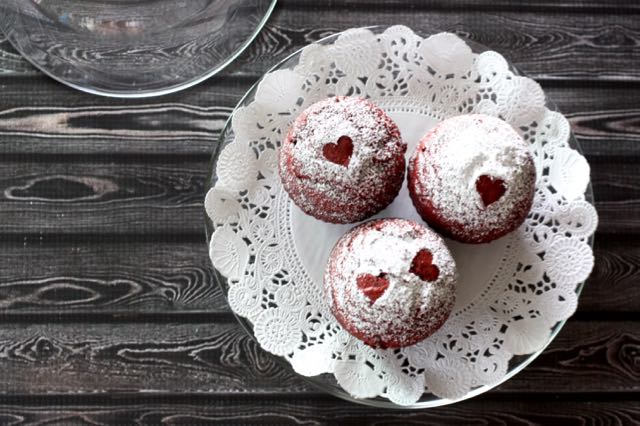 But after I ate a bunch of those, I thought, You know, I really want to try this with the cocoa. I’m a gal who likes her chocolate, and I wanted to see if I could really vamp it up. This next version (we’ll call it #1) was made into a two-layer cake. Jackpot! 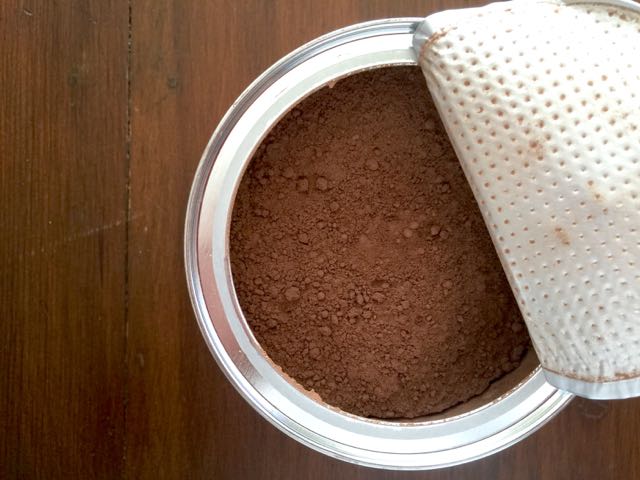 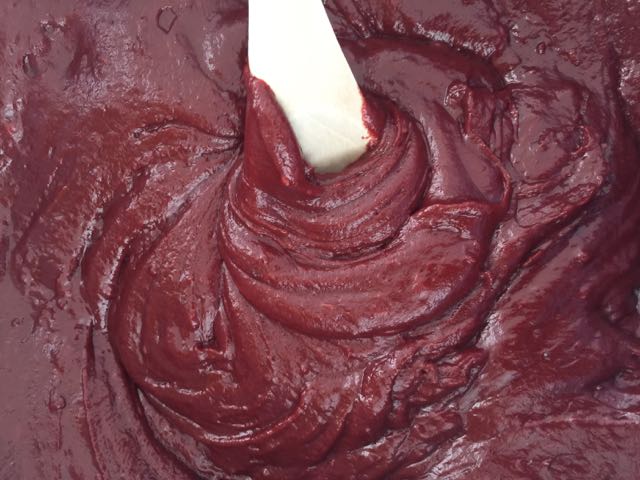 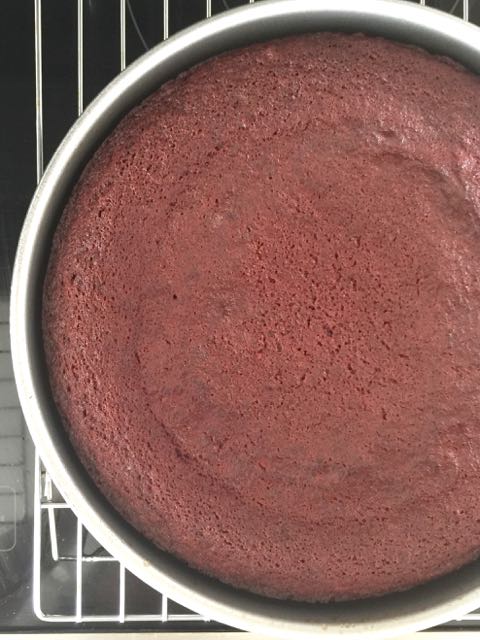 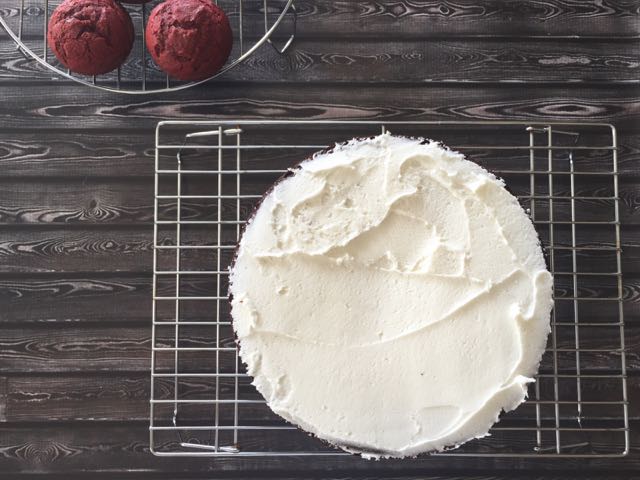 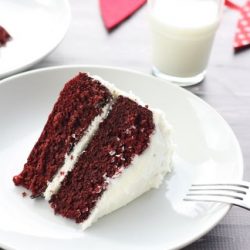 I did a taste test with family members and friends, giving them a bite of recipe #1, recipe #2, and a store-bought red velvet. Only one person preferred the store-bought version, but everyone else was split down the middle in terms of flavor AND, once they saw the two different cakes, the color. I know I’ll be making both versions in the future, so I’m including them both here. Happy Valentine’s Day, everyone! 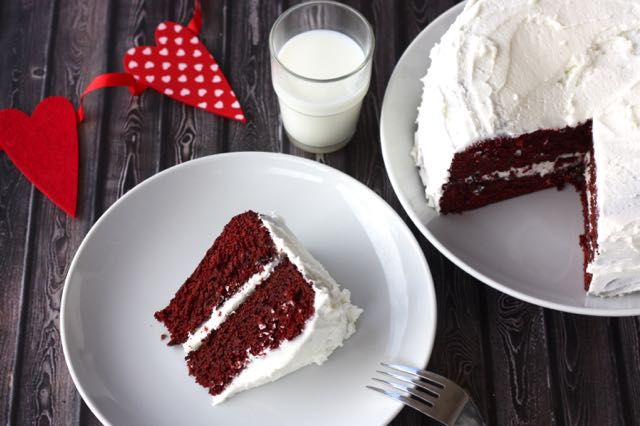