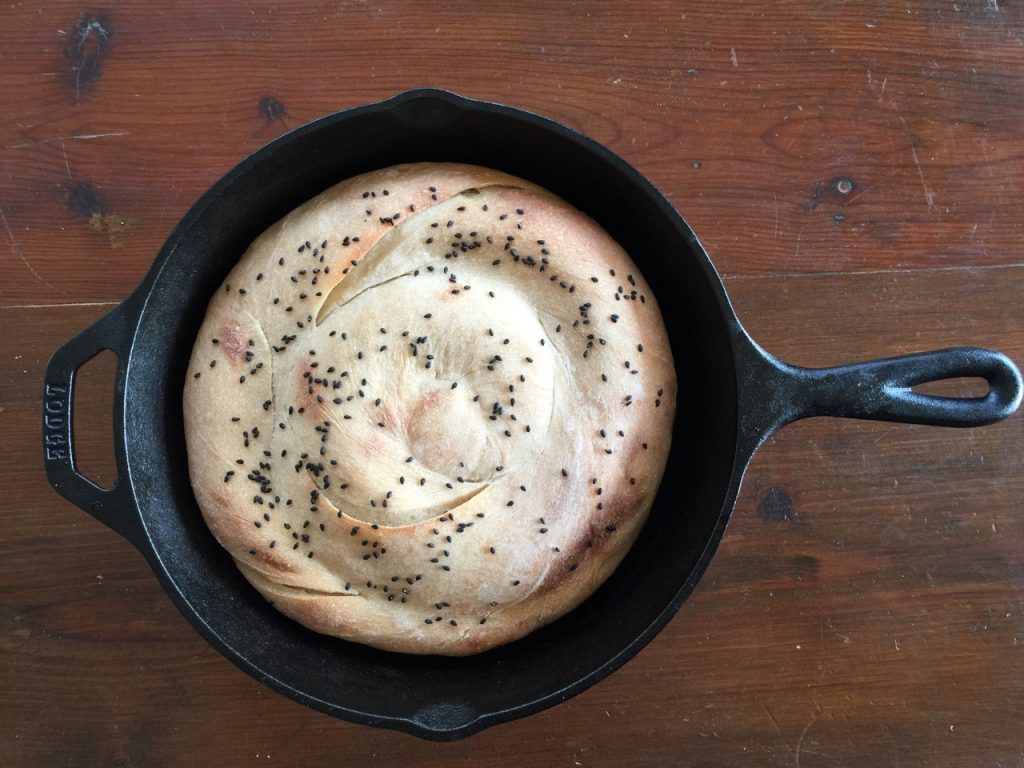 You absolutely can! Here are five skillet-friendly favorites:

Most Amish Friendship Bread recipes can be made in a cast iron skillet. The key is making sure your skillet is well-oiled or buttered. Because a cast iron skillet retains a lot of heat in the oven, you’ll want to keep an eye on your baking time, checking 10 minutes earlier, to make sure it doesn’t overbrown.

Here’s another recipe to add to your collection: a savory Scallion Skillet Amish Friendship Bread. I topped it with black sesame seeds, but you can also use white sesame seeds or coarse salt.

This version is baked, but I’ve included directions for making it on a stovetop as well. Make sure you have an active starter before making this recipe — you’ll need that yeast to work its magic!

Add the ingredients for the dough, mixing with a wooden spoon or dough hook if you have a stand mixer. You’ll want to incorporate the flour a cup at a time until a soft ball is formed — I did this last part by hand, which was sticky.

Place the ball of dough into an oiled bowl. Cover with plastic wrap and let it rise for one hour. It will double in size.

While it’s rising, chop up your scallions or green onions, being sure to include the white part (discard the very end where the roots are). 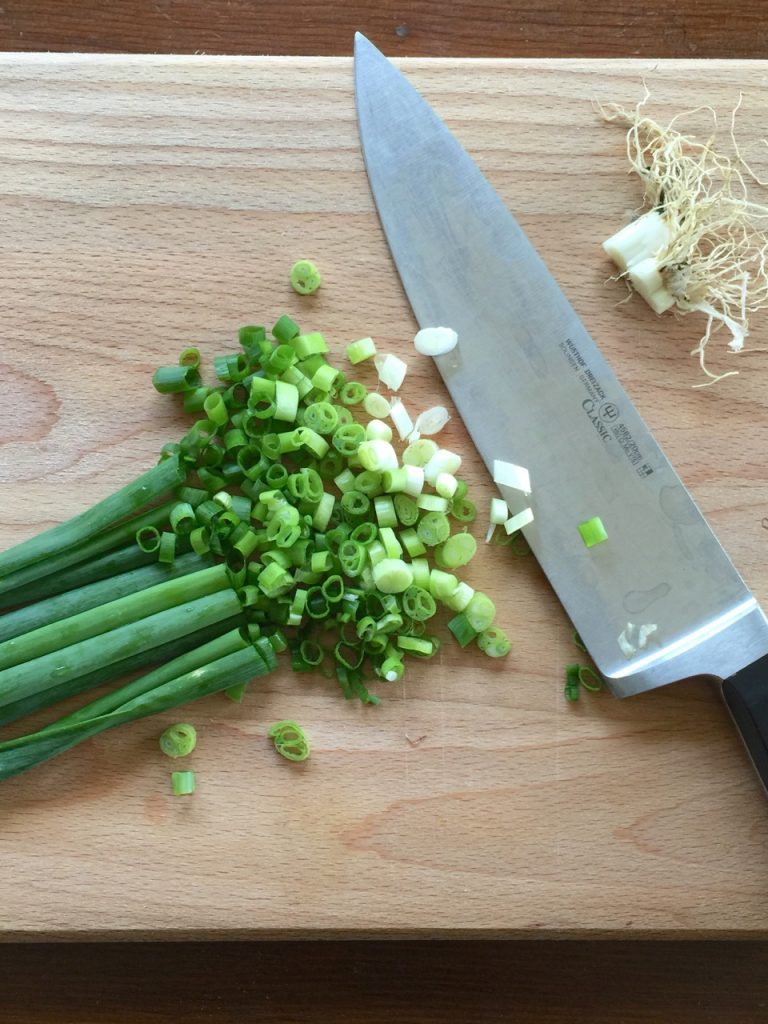 On the dough has risen, place onto a floured surface and roll into a circle or disc. 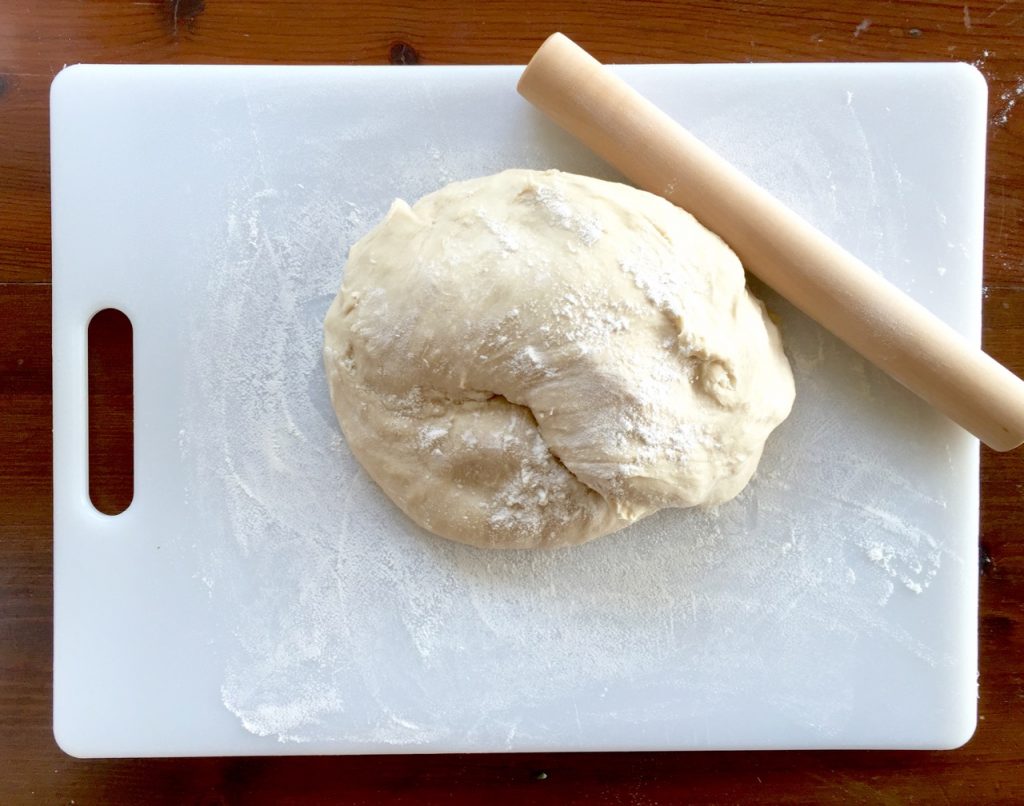 Next, brush the surface with oil. I used sesame oil because I wanted a hint of flavor, but regular cooking oil or olive oil works just as well. Sprinkle the chopped scallions or green onions over the entire surface, then add some salt and pepper.

Now comes the fun part! Starting from the bottom, roll the edge into a log. It should be snug but not tight. Go slow and keep tucking any wayward scallions back into the log if necessary. 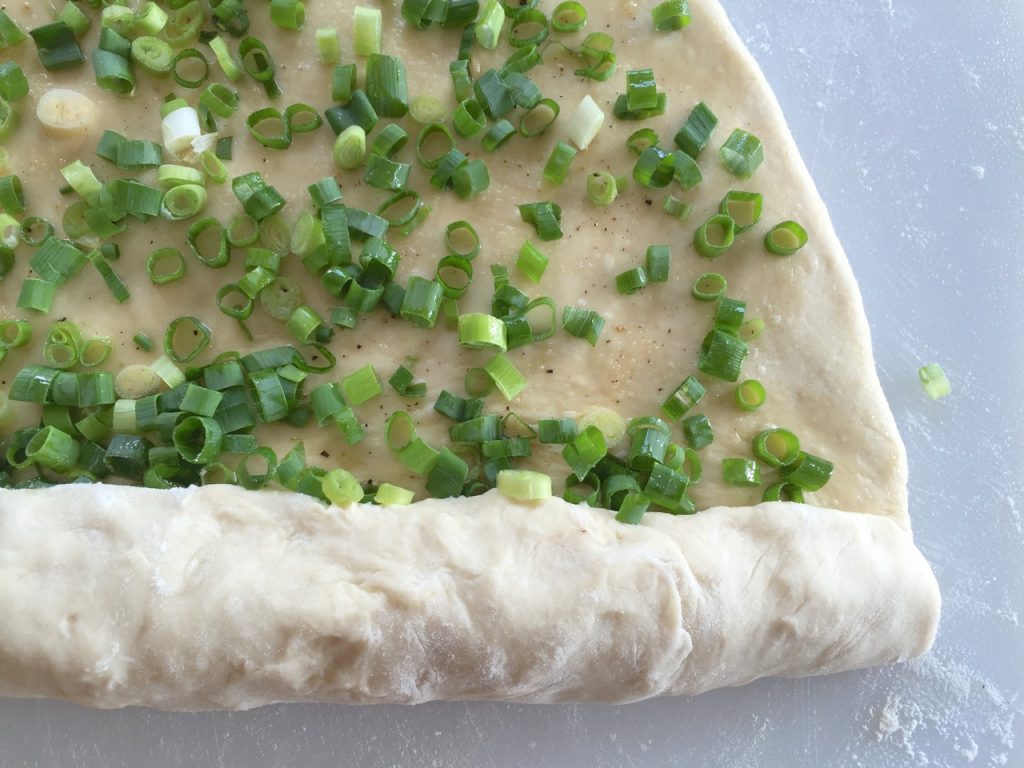 Once that’s done, take both ends and gently twist the log a few times. Then you’ll curl it into a spiral, tucking the end underneath. Use your hands or a rolling pin to flatten and roll out the spiral until it fits the width of your skillet (or comes close).

Place the disc into a well-greased skillet (note: if you want to cook your bread on the stovetop instead of the oven, skip this step and read below for how to proceed). Flatten it some more with the heel of your hand to help it reach the edges and then cover with plastic wrap or a loose dish towel and let it rest for 20 minutes.

Bake for 35-40 minutes, until golden. If the top starts to brown too quickly, place a sheet of foil on top. When it’s done, it’ll look something like this: 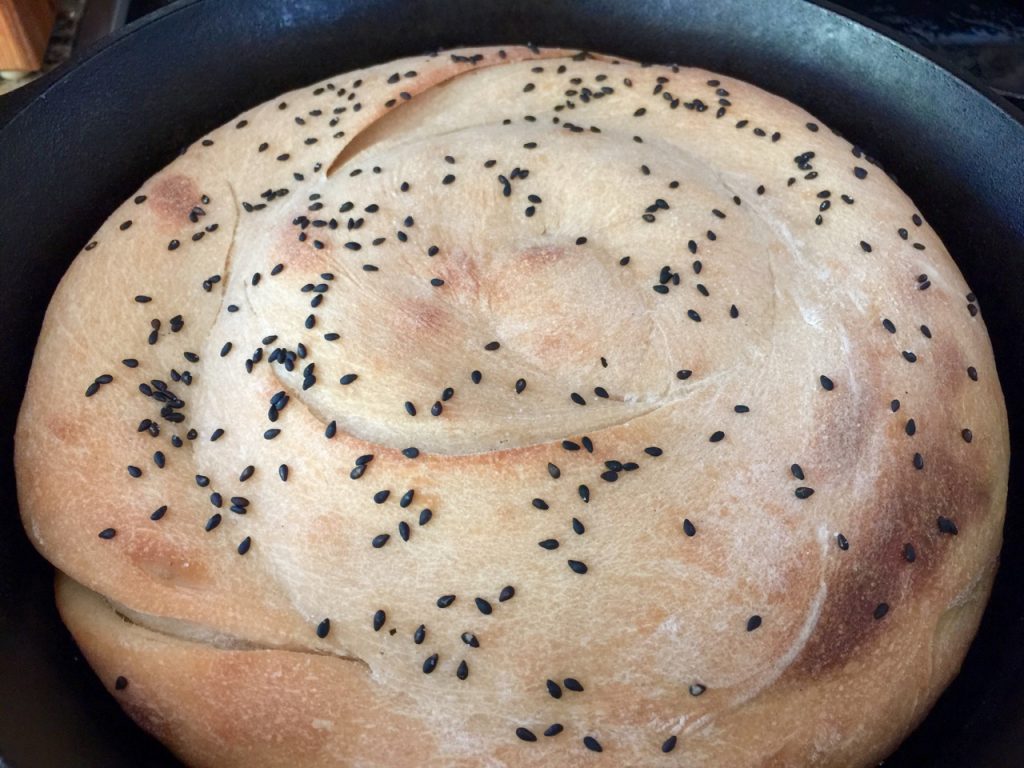 Turn the bread onto a cooling rack. Slice and serve warm. 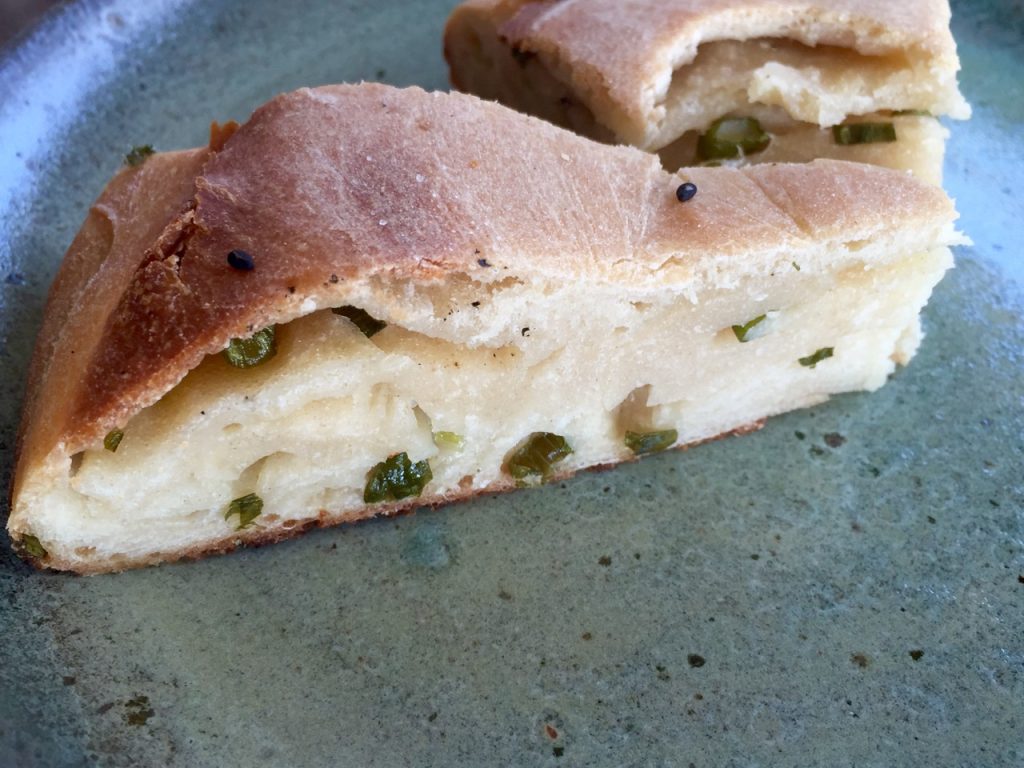 You can also cook this on the stovetop. Instead of placing the dough in the skillet for a second rise, place it on a plate and follow the same steps (brush oil, sprinkle with sesame seeds or coarse sea salt). Drape with oiled plastic wrap and let it rise for 20 minutes.

Heat up oil in the skillet on medium high heat. You’ll want more oil in the pan (you should see it shimmer). Once the pan is ready (just before smoking), carefully add the dough. Cook for 6-8 minutes, checking the bottom to see that it’s gold and browning nicely — adjust heat if necessary. I also recommend poking a hole or two in the center of the bread to help with heat distribution. Something wide like a chopstick works well, but a skewer is fine, too — just make more holes. Make sure the hole goes straight through the bread to the bottom of the pan.

Once one side is cooked, flip it over and repeat. If your dough doesn’t quite reach the sides of the pan, you may want to push it up against one of the sides so it can brown, too.

If it’s your first time making the bread on the stove top, you can carefully cut a small slice right out of the skillet to make sure it’s cooked through. Once it is, remove from heat and turn onto a cutting board. Slice and serve warm. 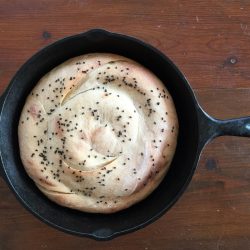 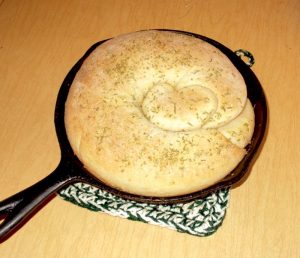 Ann Thompson – “It came out perfectly!”